IS IT POSSIBLE TO OPTIMIZE CLIMATE?

Since the end of the last century (approximately since 1970-1980s) a gradual warming of the climate began, which marked the beginning of a new stage of climate fluctuations. In addition, the anthropogenic impact on the environment increased. This effect is deep and versatile. It is obvious that the economic activity of mankind is an important factor influencing the climate. Astronomical and orbital factors have a decisive importance for the weather on the Earth. The major climate changes on Earth are determined by the magnitude of the solar radiation (insolation) and the cyclical changes in the Earth’s orbit. They have a strong impact on the dynamics of the atmosphere and biodiversity, and thus on the state of the entire planet. The “average and normal” climate on the Earth has never existed. Its changes are part of the dynamics of our planet, which depends on a complex set of factors.

Modern global warming is strengthened by the impact of humanity’s overall activity (and carelessness) on the environment.

Many ideas for so-called Global geoengineering have been proposed as a way out of the increasing impact of environmental pollution in recent years to help “optimize the climate”. Unfortunately, any methods turn out to be impossible. Most geoengineering projects proposals require the transfer of – “Earth problems” into the clean space. It’s similar to “dumping the garbage in the neighbor’s yard!”. Such is the idea of some aerosol particles – e.g. sulfur dioxide – SO2, that damages the ozone screen, to be ejected into the stratosphere (a layer of Earth’s atmosphere located at altitudes between 11 and 50 km). This would help reflect some of the solar radiation! But besides being ridiculous, it is also economically impossible because it will cost trillions of dollars.

It is time to realize that it is not global warming, but our attitude to the environment that causes more grave consequences than all other disasters.

We must know that climate fluctuations have occurred many times in the Earth’s history, but life has continued. In addition, global warming is always economically and socially preferable over global cold. 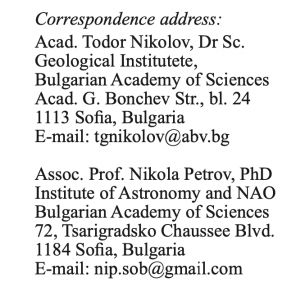